Despite what you may have heard from Robin Hood, King Richard I of England may have had the heart of a lion but brains? Hmm… A sloth* comes to mind rather than a rocket scientist.

Richard the Lionheart was a brave soldier, a great crusader, and won many battles against Saladin, the leader of the Saracens who were occupying Jerusalem at the time. But he was a terrible son who indirectly killed his father: Henry II died of a broken heart seeing his own son take up arms against him.

Even worse, once he became king, Richard displayed little interest in actually ruling, spending only a few months of his decade-long rule in England. Which makes sense when you realize that he probably couldn’t speak English and once remarked that he would have sold London itself if he could have found a buyer.

Why am I mentioning this? 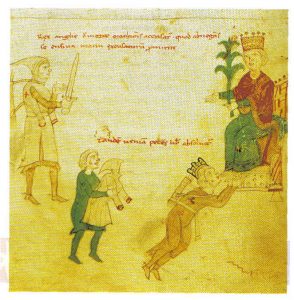 Because, while on Crusade, King Richard saw the flag of Austria on the walls of Acre after the Europeans took the city. Upset that he wasn’t first to take the city, he took the flag and tossed into a pile of dung. The Duke vowed revenge. Richard got shipwrecked while going home and he had to traverse the Holy Roman Empire incognito. His actions betrayed his identity (no surprise there: he had a notoriously short fuse) and he was captured.

Which brings us to the point of this article. The ransom to free King Richard was set at 150k marks of silver, about $103.4 million USD in today’s money. Or 2-3 years of tax revenue for his entire kingdom (source: Quora).

So, how wealthy were Medieval kings?

This hints at an interesting fact, lost among many fantasy and historical fiction authors: many of us live better lives than the richest of kings.

Theoretically, as Ed Christian points out, the English kings and queens during the medieval period—and the centuries after that—should have been the wealthiest people in the country because they owned the most land, most of which they doled out to various noblemen who had to pay the king every year to continue holding it. Plus, the kings and queens could levy taxes—eventually with the assent of the lords.

In fact, however, very few of the monarchs were cash-wealthy for long. Some kings were near bankruptcy for years, while others were only temporarily cash-poor until the next tax levy.

Where did the money go?

Kings inevitably had a lot of expenses.

They usually had to pay for repairs and upkeep on their various palaces or castles.

They also had huge numbers of servants to pay because they had a large number of courtiers who might not be paid, but who expected to be fed and coddled. Feeding these hundreds of people was very expensive. It required stewards to arrange shipments of food from all over the country and from abroad—and all of these stewards took cuts of the money in and out.

There were also, say, liveries to pay for—uniforms for hundreds of people. Some kings and their families had extravagant tastes in clothing that could be very expensive. Others were more modest. 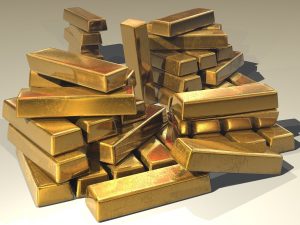 How many ships can I get for my gold?

The biggest expense, however, was wars.

If you look at the kings who had severe budget crises, you find that the shortfalls were nearly always due to having to pay for wars. If England had given up its claim on any land in what is today France, it would have been much wealthier and more peaceful.

Not to mention internal wars with disaffected nobles who thought someone else should hold the throne. A number of times, these turned into civil wars with many thousands killed and huge destruction of property and transfer of estates and great houses and castles to noblemen from the winning side.

Wars sapped the fortunes of a number of kings, which in the end meant taxing the peasants to pay the lords who had to pass the money on to the kings so they could pay the bills.

When kings wanted to go to war, everyone suffered. There were not only the interminable wars with France, but the Crusades. Even without bankrupting the country to free Richard so he could go back to his favorite activity—fighting—, wars were expensive business. Imagine the ships, the food, the carts and horses, the mercenaries.

Kings actually did cut wars short because they ran out of money.

Where could Kings get more money?

At various times, a number of very wealthy men in England loaned large sums to the King. There were also a number of moneylenders in what is today Italy who loaned vast sums, and so did several wealthy Jewish moneylenders. All these people had to charge high-interest rates because the risk was high that a King might cancel the loan, refuse to repay them, and expel them.

Jews were particularly vulnerable to this. Premodern Christianity did not permit moneylending for interest and Jews generally could not own land. So, Jews played a vital role as moneylenders and traders. However, their economic and cultural successes tended to arouse the envy of the populace. Unsurprisingly, some rulers found it easier to expel or kill Jews rather than repay their loans, as the expulsion of Jews from England in 1290 demonstrates. Indeed, modern antisemitism can be traced to Medieval times. The blood libel—allegations of Jews’ sacrifice of Christian children at Passover to obtain blood for unleavened bread—first appeared in the 12th century but became part of Nazi propaganda in the 1930s, along with another instrument of 12th-century anti-Semitism: the compulsory yellow badge that identified the wearer as a Jew.

Another way to avoid paying for goods was to visit wealthy houses in the kingdom and expect them to provide food and comfort for themselves and a retinue that might be a few hundred people. This was sometimes called “The Royal Progress.” Even a visit of one day could be a heavy burden for many landholders, but it was a way for the monarch to economize. 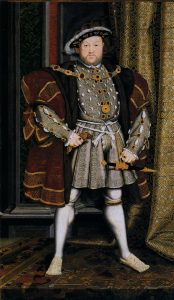 This custom often had unintended consequences. Henry VIII visited Littlecote to stay with one of William Darell’s descendants and met a Darell granddaughter who lived nearby, Jane Seymour, whom he later married. And Queen Elizabeth I was not the only monarch who would show up and stay at the house of some nobleman she didn’t like, requiring his hospitality to the point of his bankruptcy.

In short, there were only limited periods when monarchs had all their bills paid and lots of cash on hand. Far more often, funds were tight for them, and there may have been dozens of families in the kingdom who were wealthier than the monarch.

About the only thing that saved a King from total bankruptcy was the fact he was, well, the King. This may have fooled the Kingdom but typically, due to international politics, other Kingdoms weren’t fooled. Many of the various marriages had as much to do with one king knowing he could hold his money over the head of another king.

So, next time you write about a King’s wealth, don’t forget to mention that Kings were broke more often than not!

* The source of my unusual simile comes from the fact that sloths spend most of their time sleeping on the tree branches, but they never poop on the trees. They descend once a week to do their business on the ground and then go back up. Sometimes while climbing, however, they confuse their own libs for tree branches and fall down and die. Not the sharpest tools in Nature’s toolbox, then…