In my last post, I explained how a Medieval army could assault a castle. But who built the castle in the first place, and how expensive were they, anyway? Luckily, Helena Schrader and Quora have the answer. Before we move on, though, let’s answer a different question: what is a castle?

Is this a palazzo or a castle?

When the family and I visited Florence, we went to Palazzo Davantzati; a lovely example of Rennaisance urban architecture in the middle of the city. The palazzo was advertised in the guides as having all the comforts of Rennaisance everyday life. These included easily barricaded, thick wooden doors reinforced with iron studs, a kill zone behind the entrance, and a winding staircase that would provide bedroom defenders (literally — the bedrooms were on the upper floor) ample opportunity to attack anyone climbing it.

Clearly, its owners were worried about more than someone stealing their Amazon parcels. 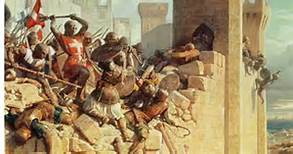 Are you the fiend who stole my new boots?

Impressive as Palazzo Davantzati’s defenses were, though, it was not a castle. It was just another upper-class residence.

There is considerable confusion among many people not familiar with the Middle Ages because the term “castle” is widely misused in popular culture. The term is applied to anything from palaces without so much as a pretense of defensive function to any manor house. This is incorrect.

Non-sovereign, unauthorized castle-building marks the break-down of central authority, e.g. during the wars between King Stephen and Empress Mathilda, or the castles of the “Robber Barons” along the Rhine. They were an aberration, deplored and criticized by contemporaries, and many unauthorized castles were subsequently destroyed by the crown as soon as it could exert its authority again.

How much is that castle?

Building a castle was enormously expensive. The Templars spent 1.1 million Saracen gold besants just to rebuild and renovate their castle at Safad in the mid-13th century. In today’s money, that’s anywhere from 11 to 22 billion dollars depending on how you do the conversion. If they had been building from scratch, the costs would have been higher.

But it was about more than money.

Even if you could afford to build it, you still had to be able to man and maintain it — just like paying the costs of running an aircraft carrier. The above castle (Krak des Chevaliers), for example, was built for 2,000 defenders. They, in turn, needed the support of squires (for the knights), servants, cooks, bakers, brewers, fletchers, armorers, blacksmiths, clerks, physicians, etc.

The knights, turcopoles, and mounted sergeants needed horses too, (4 per knight, 2 per sergeant and turcopole). That meant you needed grooms, farriers, vets, and saddles, as well. You then had to pay to feed, clothe, and equip all those men and horses, day-after-day, week-after-week, month-after-month…

Running an aircraft carrier, by the way, costs roughly one million dollars per day. So, think of the costs of running a castle in those financial dimensions.

No one would incur such expenses without cause and legitimacy. In England, castles could not be built without the permission of the crown. This was not universally the case, but castles (like aircraft carriers) were such powerful instruments of war and such potent symbols of power, that kings were not going to tolerate them unless they contributed to the security of the realm.

That is why in England, for example, the great non-royal castles are found predominantly on the frontiers, the “marches,” of England. Ludlow, on the Welsh marches, and Warkworth on the Scottish border, are two such examples.

In France, the great castles were at the heart of the component lordships (Anjou, Poitiers, Toulouse, Carcassone, Coucy), thereby contributing to the domestic security of the realm, or on borders (Galliard).

In the Kingdom of Jerusalem, castles such as Krak des Chevaliers, Kerak, Montfort, and Safad, were erected at strategically important points and contributed to the security of the realm. Even castles in less exposed positions were critical to maintaining garrisons across the country capable of responding to raids or invasions. (Below the important border fortress of Kerak) 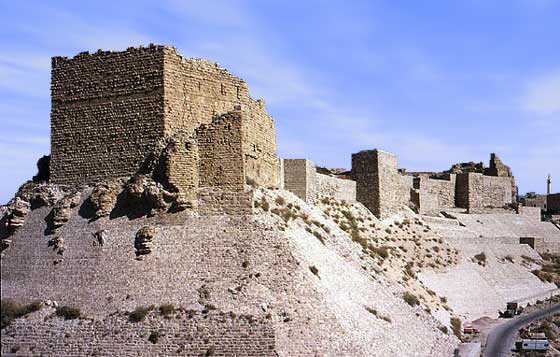 Note too, that castles, like aircraft carriers, cannot be built overnight. They need a great deal of skilled labor working for many months on end — usually several years, in fact. To be worth anything, they also had to be built in prominent places, where everyone can see them. You can’t just “build a castle” and hide it away like a valuable gem, a work of art, stocks, or bonds. (Below the castle of Najac) 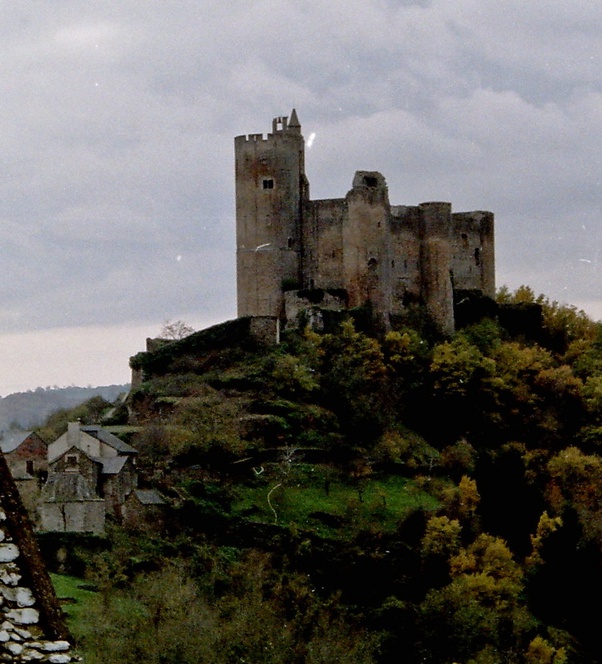 Castles often formed the core of the defense of cities as well. Here their role was to house a garrison large enough to defend the entire city — and serve as a refuge for the entire population if the city walls were breached. There are numerous instances in history where city walls were overwhelmed but citadels held out until relief could come. But no one owned such a citadel unless they were the legal lord of that city and recognized as such by the king. (Below the walls of Carcassone) 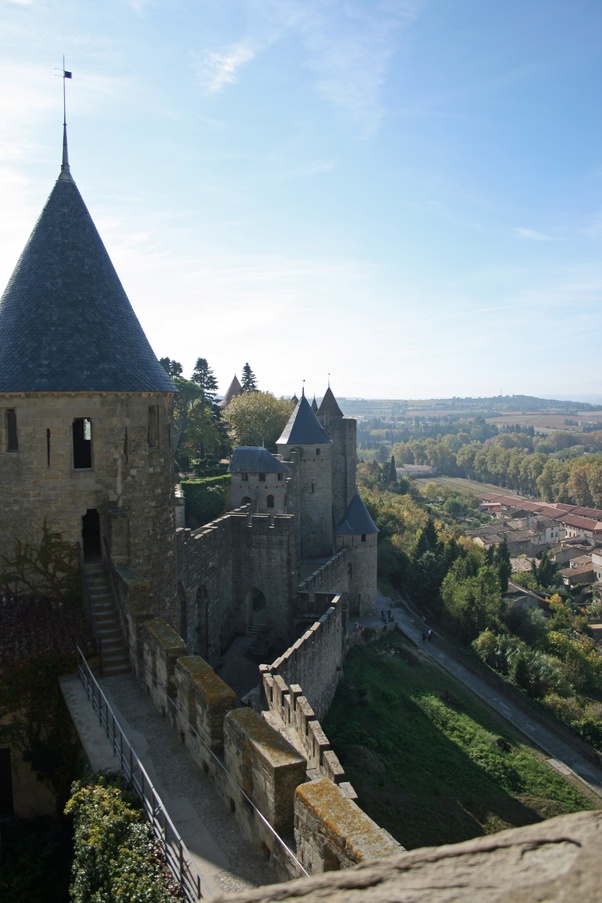 So, how wealthy do you have to be to own an aircraft carrier?

The comparison to building aircraft carriers is not just because of the price but because castle-building — like aircraft carrier building — was an act of sovereignty and was not a function of wealth alone. No merchant, no matter how fabulously wealthy, could build a castle. He did not have the right to do so in the Middle Ages. Castles were built by the crown, institutions (such as the Templars and Hospitallers), or very important noblemen to whom sovereign powers had been devolved.

It is true that castle construction evolved as did naval architecture. Early wooden castles were probably no more expensive to build than wooden ships. Yet they were still expressions of political power and served a variety of governmental and defensive functions that made their construction exclusive to the sovereign or his designated deputies. Castle construction, even when it was cheaper, was not a function or prerogative of wealth.

In the golden age of castle construction (12 – 15th centuries) castles represented massive investments comparable to aircraft carrier building and operation, and they were sovereign investments.

18 thoughts on “Who Could Build a Castle in the Middle Ages?”