A $2.7 billion NASA rover, Perseverance, blasted off into clear skies over Florida’s Cape Canaveral yesterday (Thursday, July 30th) atop an Atlas V rocket, as The Washington Post and The Curious report. The launch marks the start of a nearly seven-month journey to Mars. If all goes as planned, the vehicle will deposit the rover in a crater on Mars on Feb. 18 – just in time to celebrate my birthday 🙂

While the mission, officially known as Mars 2020, is designed to search for signs of ancient Martian life, I’m pretty sure I’m not the only one hoping to find life on the red planet has persisted todate.

The Perseverance rover weighs 1,025 kg. It is the heaviest craft ever to go into space. / Photo NASA, JPL-Caltech.

The rover will obtain samples of rock cores and soil that could later be sent back to Earth for study in laboratories.

No fewer than three missions have been scheduled to explore the red planet this summer.

The United Arab Emirates opened the ball rolling on July 19 by sending the first interplanetary Arab probe in history, named Al-Amal (Hope), to study the atmosphere of the planet.

China, whose space ambitions are increasingly solid, made its Martian baptism with the mission Tianwen-1 (Questions in the sky), by sending on July 23 a probe and a small remote-controlled robot.

And in 2024, Japan will send a probe to explore Phobos, one of the moons of Mars as with the Moon.

This rush for the red planet is not, however, unprecedented: since the 1960s, our closest neighbor has hosted dozens of automatic probes, mostly American, in orbit or on the ground, many of which have failed. And since the 2000s and the discovery that liquid water had flowed there, the attraction has increased, and Mars has become the priority for space exploration. A race as scientific as geopolitical, again marked by the Sino-American rivalry.

However, only the Americans have so far managed to land intact robots on Mars: four landers (fixed), and four rovers (Pathfinder, Spirit, Opportunity, and Curiosity – the only one still alive).

Europeans are also taking part, with the supply of several key instruments on the new Perseverance rover like a SuperCam camera designed in Toulouse. 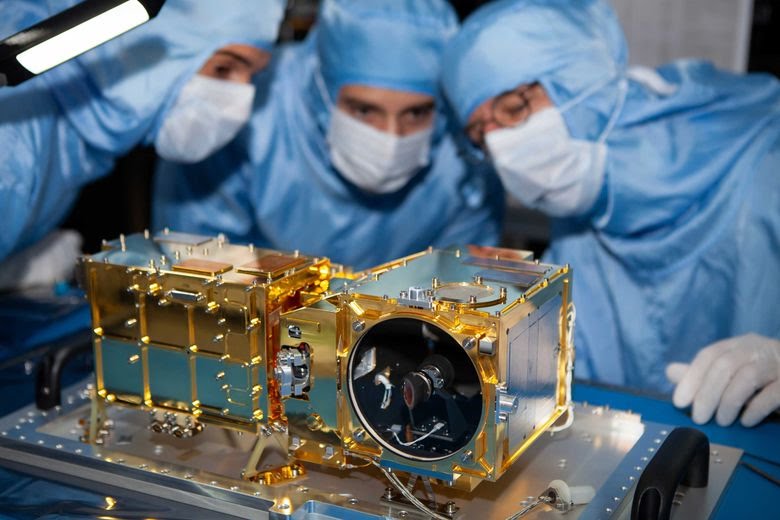 Scientists and engineers at the mission control center at JPL, in Pasadena, Calif., had a doubly exciting morning: They experienced a modest earthquake just minutes before blastoff. That got everyone’s attention but didn’t throw off the launch schedule.

The launch itself was flawless, NASA reported, but there was some midmorning drama as the huge ground-based antennae used by the space agency initially could not properly lock onto the spacecraft as it hurtled at 25,000 miles per hour away from the Earth. By midday, the communication problem had been resolved, and the data from the spacecraft was being analyzed. 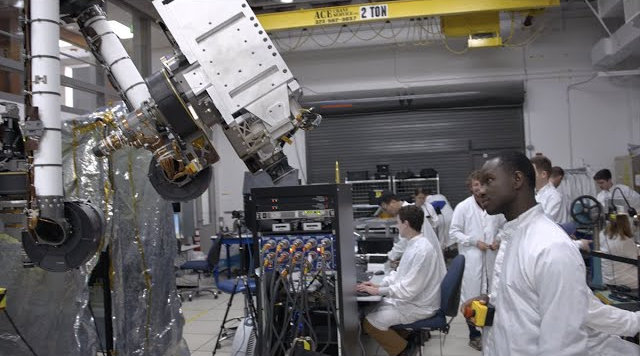 The rover is the successor to the still-operating Curiosity rover, which has made breakthrough discoveries, including finding complex organic molecules of the type that could be associated with living things. Perseverance is superficially similar to Curiosity but has a different suite of instruments that will allow it to inspect and take images of rock formations in far greater detail.

It has a drill for obtaining rock cores and soil samples, which the rover will stash in containers.

It’s possible there is life on Mars today, said Bruce Jakosky, a planetary scientist at the University of Colorado and the lead scientist on a Mars orbiter that is studying the atmosphere of the planet. If so, that life would probably be deep underground in porous rock where water is liquid. As Jakosky said,

We’ve learned that Mars has seasons and an atmosphere that behaves in many ways similar to the Earth’s. Mars has geology that is very reminiscent of what we see on Earth — volcanoes, river channels. Mars has polar caps. And the climate has varied through times on many different time scales. Liquid water was abundant early in its history.

The mission is the first leg of what is known as the Mars Sample Return campaign. Returning samples of Mars to Earth has been the highest priority of the planetary science community.

Once the Perseverance rover has collected samples of Martian soil – sealed in tubes and gathered in small groups – they will have to be sent back to earth. In 2026, two missions will depart from Earth for this.

The first mission will send to Mars an American SLR lander and a new European rover called Fetch. This will collect 31 tubes collected by Perseverance and then return to its starting point. Once there, it will install the tubes on top of a small Mars Ascent Vehicle (MAV) rocket in a container the size of a basketball. The challenge for scientists will be to launch this rocket, which will place the container in orbit of the red planet.

This is where the second mission comes in: the American-European ERO satellite that will capture the container. Assuming all goes well, this orbiter will then begin the long journey back to Earth. In 2031, it will drop the capsule, which should land in the Utah desert. Its contents will be examined in a laboratory as secure as the P4 laboratories. The samples could also be analyzed in a laboratory in Europe.

In other news, I have trouble seeing your comments so forgive me if it takes me longer than usual to respond!

6 thoughts on “Perseverance Blasts Off”