Dormition of the Virgin, Greece

Today, Greece celebrates the Dormition of the Virgin Mary. This is a big deal: it’s the third-greatest celebration in Greece, right after Christmas and Easter. And I’ve heard plenty of people wish each other, “Kali Panagia” – loosely translated to “happy Virgin Mary day.”

As a reminder, according to Eastern Orthodox and Catholic tradition, after Mary’s natural death (called the Dormition of the Theotokos, i.e. the falling asleep), she was resurrected on the third day and was taken up, soul and body, into Heaven in anticipation of the general resurrection.

The period between August the 1st and 15th is a fasting one and culminates in Mary’s resurrection. Below, you can see the Apostles gathered around Mary’s body. Jesus, surrounded by angels, is accepting her soul in the form of a baby, symbolizing her birth into Heaven: 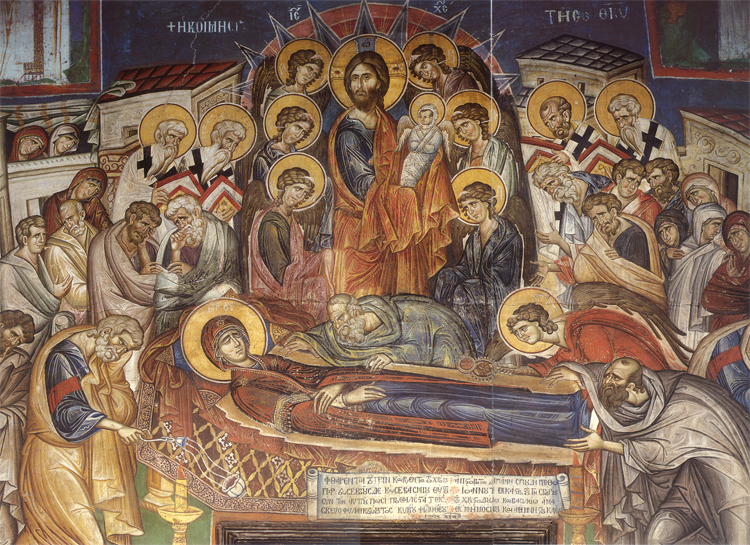 Alas, this year’s celebrations will be rather muted due to the pandemic. Traditionally, all villages will celebrate with a 24-hour panigiri – an Easter-level event, complete with fire pits, skewed lambs, live music, families under trees, and plenty of flirting (for the younger) and gossiping (for the older). These have been banned this year, as the second wave seems to be coming fast (some argue it’s already upon us). 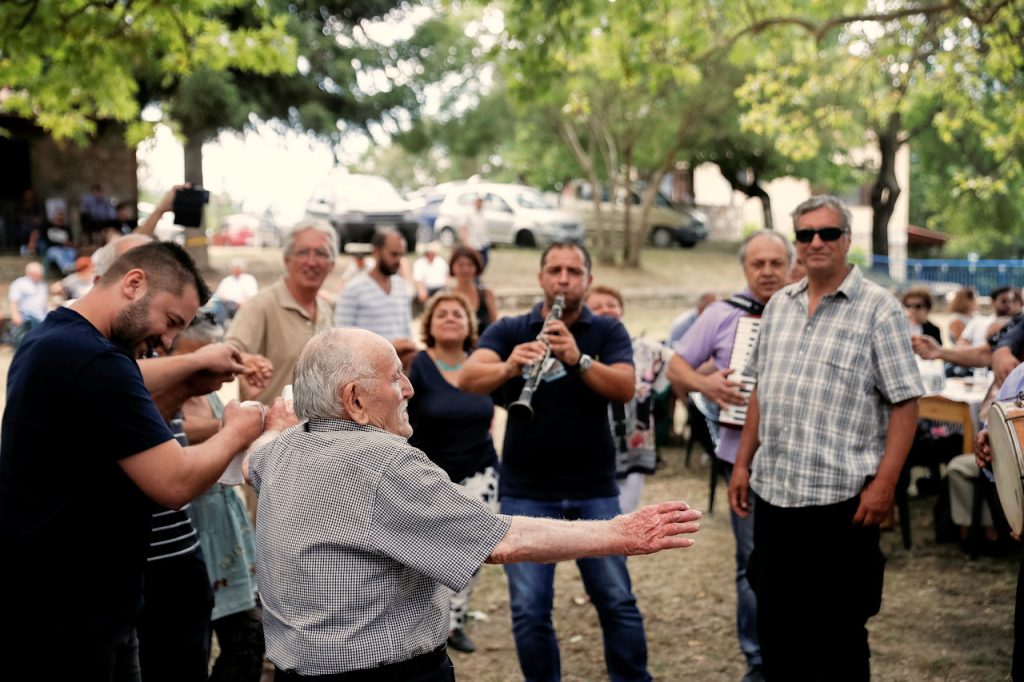 Hopefully, next year we’ll be back to our usual shenanigans. Until then, Kali Panagia!