As she explains, she tried in June to order a copy of a book she liked for her sister. However, she wouldn’t get the book until September. Understandably, her reaction was: How odd. The book had released in February, so she should have been able to get her hands on a copy quickly. But she couldn’t.

Then she remembered that the same thing had happened with a couple of other books she had ordered for her sister back in May. They were backlist for an author her sister hadn’t tried and it took six weeks for her to get the books, with the shipment getting delayed more than once.

Putting two and two together, Kristine realized the ugly truth: traditional publishing is headed for a trainwreck. 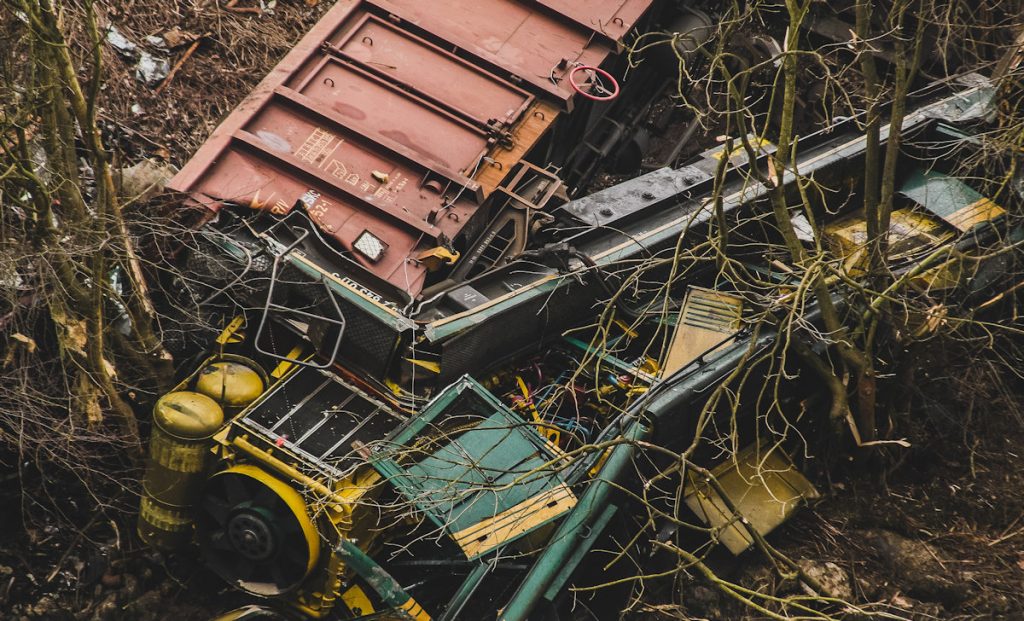 Part of the trainwreck was—and is—the closed bookstores. Many are still closed. But a lot of that trainwreck had to do with publisher panic, old systems, supply chains, and more.

When the pandemic hit, everyone thought we would get through it in a few months. We’d club that virus into submission, and return to normal life—or close to normal—by summer.

It is increasingly obvious, however, that the U.S. isn’t going to recover from this thing for a while—a long while. That means each industry has had to change its plans.

Some industries aren’t very nimble. They can’t just shuffle one thing to accommodate something else. Traditional publishing is like that.

With the bookstores closed, some companies moved their biggest spring and summer releases to the fall, hoping that all would be better by then. There was some wiggle room because traditional publishers had tried to avoid publishing anything important in November since it is a presidential election year. So there were some empty weeks.

But not enough of them. The schedule got shuffled, then reshuffled, then shuffled again. Some books got canceled entirely, but many have just been moved to the next available slot on the schedule.

That is, they got moved to an available slot on the schedule, if the book is expected to do well. If it was a standard midlist book, it got shoved somewhere random, so that it can be printed, shipped, and sent to bookstores—who ordered their copies pre-pandemic.

Here’s what a lot of readers don’t know—consciously anyway. Traditional publishing is built on velocity—that is, how many books sell in a short period of time.

The system that traditional publishing is using was designed post-World War II. Back then, there were very few bookstores, and those that existed had limited space. Most books were sold in other retail venues—drug stores, department stores, magazine stands, and the like—which again, had limited space. In other words, there was only so much room for books in those places.

Rather than keep old inventory on the shelf, retailers who sold books churned them—getting rid of those that were still on the racks after a month or two, and replacing them with new inventory.

This was easy to do because, in the Great Depression, the publishing companies subsidized anyone who sold a book by removing the cost of excess inventory. Retailers could return books for full credit within a specific window. Which meant that retailers could make bad decision after bad decision, and not lose a heck of a lot of money.

They could also churn at no cost to them, replacing the old inventory with the new.

That practice created the idea that books were like bananas; they spoiled if they didn’t sell within a few weeks. And, indeed, there are horrid photos from the 1990s of Dumpsters filled with books behind shopping malls, because many publishers allowed retailers to strip the cover off books (and toss the rest of the book away) and still get full credit. Saves shipping costs, doncha know.

Even though it’s a stupid 75-year-old business model, traditional publishing still banks on velocity. And traditional publishing is fairly stupid about velocity. If an author’s sales numbers go down, no matter what the reason (you know, like closed bookstores and a pandemic), that author will be offered a smaller advance next time—or will be cut loose. It’s brutal and unrealistic, and it’s on the horizon for so many writers.

As if this wasn’t bad enough, in addition to the messing up of the schedule, there were supply chain problems and the bankruptcy and auction of the two remaining major web press printers in the States.

The best way to sell books (as demonstrated by study after study) is word of mouth. But by the time Kristine wanted to give a copy to her sister, the book was out of print. The reason for the nearly three-month delay was because there were no copies of the hardcover in the warehouse—and no printing scheduled until September.

That September printing was probably ordered in May, which meant that the May numbers might not reflect the actual interest. The Times noted that one of the hot political books of August had a similar problem:

The CNN anchor Brian Stelter’s new book “Hoax,” about the relationship between Donald Trump and Fox, was out of stock on Amazon this week shortly after its August 25 publication date, and showed a ship time of one to two months. Mr. Stelter’s publisher, One Signal, a Simon & Schuster imprint, which initially printed 50,000 copies, has ordered another 100,000 copies.

Two-month delay from August 25 on a political book places that 100,000 copy rerelease at the end of October, a week from the November election.

Ebooks is where traditional publishers have really screwed up. Stelter’s ebook costs $14.99. The ebook Kristine wanted to get her sister is $13.99.

Ridiculous, right? But it’s part of traditional publishing think. They want readers to buy the hardcovers, so they’ve priced ebooks unbelievably high, which is causing another problem. From that same New York Times article:

Some worry that the current crunch could reverse the yearlong trend of stable and sometimes rising print sales, sending readers back to digital books, which are less lucrative for publishers and authors, and especially brick and mortar retailers.

Less lucrative for authors? On what planet? Oh, yeah, right. The traditional publishing planet. Article after article claims that ebooks are a bust, that they don’t make money, and that sales of ebooks are “depressed.”

Yeah, if you overcharge for them.

Maybe read it at the library?

Some publishers even refused to allow their books into libraries until months after publication, a practice many eventually abandoned. But it left a bad taste in the mouths of librarians, who stopped ordering all but the biggest blockbusters from those publishers and, instead, went to indie booksellers for midlist and genre books.

The reader moves on to a different writer, another book, something new and different. Sales—and fans—aren’t allowed to build.

So, are publishers stupid? Don’t they know they’re heading for a freefall?

Well, as The Passive Guy points out, even if the New York top brass was inclined to really innovate and make aggressive changes, the companies that own the large New York publishers – large European media conglomerates plus CBS (Simon & Schuster) are not going to be receptive to innovative changes, particularly if such changes might possibly result in lower short-term profits.

The CEOs of the major New York trade publishers are really middle-management in their business organizations. Cutting ebook prices to potentially goose sales numbers is a non-starter. The people who own the NYC publishers are just as locked into traditional strategies and practices as the NYC underlings Kristine describes.

No room for midlisters

As The Guardian noted, the result of all this is that blockbusters will make it into the retail stores. But those midlisters won’t. There just isn’t room. And with overpriced ebooks and no library access, there’s no way to discover these writers.

So many writers have gone to traditional publishing because those writers believe traditional is better at getting books into stores (really?) and is better at promotion. Let’s ignore the first part and assume that some poor traditionally published writer was actually slated to get promotion on their book.

And if you were lucky enough to get a rave review from a reputable publication? Well, you’d better hope your publication date remained the same. Because review copies were mailed months in advance, and the review was written months in advance and published to time with your original release.

The real business model for publishing in the 21st century is this: readers will discover books over years, not weeks. Put your book out there. Yeah, maybe some reader won’t find it until 2022. That’s okay. Then they get to read your entire backlist.

Indie writers aren’t dependent on velocity. To have a successful career, we need widespread availability. We need to be in all the possible markets we can. We want our readers to find reasonably priced ebooks from all the major vendors.

We need to continue producing. Consistency is the key for indie writers. Make sure you have a release every six months or a year at minimum. Along with a good static webpage at minimum.

Will promotion be a good idea this fall? Some, sure, just to rise above the noise. But here in the States—and maybe worldwide—the month before the election will be a serious distraction. So, if you have a limited promotions budget, I’d wait until early 2021 for anything super expensive. Maybe even wait until February of 2021, after the new president is inaugurated.

But do give your readers a respite from all the politics and the noise. Keep your publishing schedule going. Keep your ebook prices low. If your books are similar to an overpriced and underpublished bestseller, then make note of that in your social media postings and maybe in the key words (or whatever that’ll be called next month).

Because I can guarantee this. Readers who want a certain type of book right now will try to order their favorite writer’s book, and won’t be able to get it. They’ll balk at the ebook price. They’ll be unable to get the book at the library.

They’re going to want something to read. They’ll be amenable to trying something new but similar.

Read the full post at Kristine Kathryn Rusch (believe me, it’s worth it)

And if you feel that publishing’s problems are all to do with Amazon, read my post, “How Amazon Destroyed Publishing (or Did It?)”

22 thoughts on “The Problems with Publishing”