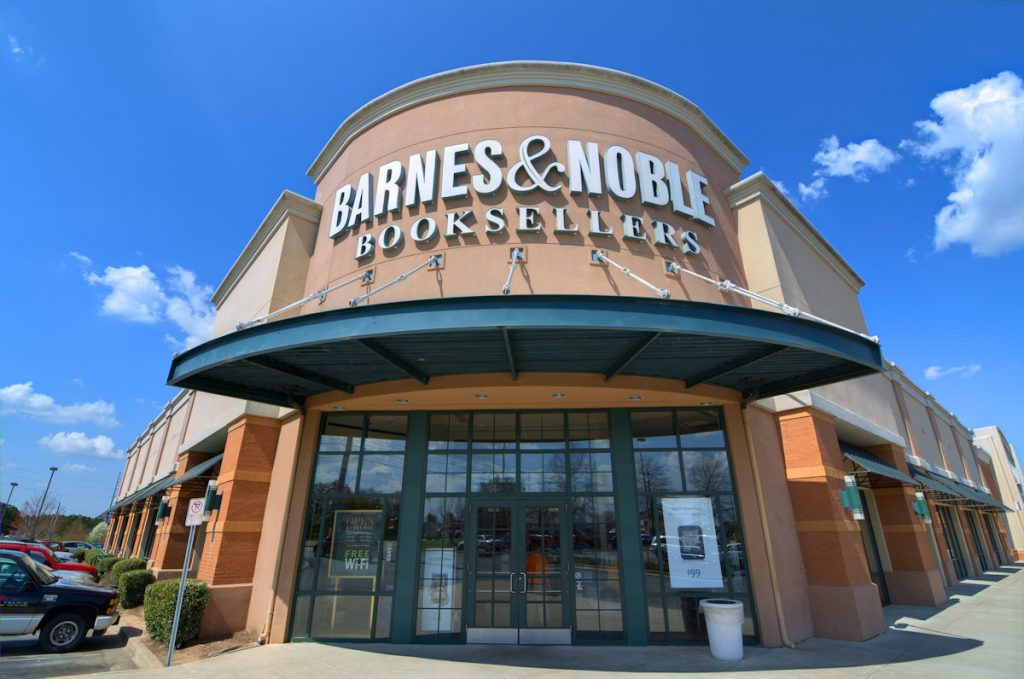 The Passive Guy recently shared a post by Jane Friedman on the future of Barnes & Noble; a topic you may remember from my earlier post, “How Amazon Destroyed Barnes & Noble.”

Quite frankly, Jane’s post made me sad. The latest chairman, James Daunt, is credited with saving UK’s famous bookstore, Waterstons. However, all you got to do is read the following quotes to understand that he really doesn’t get B&N – or books.

Early on, when Daunt was asked what he thought of Barnes & Noble on his last store visit, he said, “There were too many books,” by which he meant that featuring the right inventory is more important that stocking a big blur of titles. Back in 2015, he commented to Slate, “My faculties just shut down when I go in there.”

So… the big problem with a bookstore is that it has too many books.

Daunt loves the physical book, but he wants to give customers a digital option to get them into reading as an entry to physical books.

An entry. To physical books. Like, kids use digital books but us, highbrow grownups, know better. “Thank you, Amazon, B&N will stick to our guns and our lovely paper. No need for this new fandangled way of doing things.”

It’s all about the ROI

While Jane’s post almost made me despair, it was The Passive Guy’s commentary that I found most interesting. As he points out, in retrospect, Len Riggio picked a pretty good time to sell his controlling interest in Barnes & Noble. The bookstore chain is now owned by Elliot Management. Elliot says the following about itself:

There are a number of elements of the firm’s investment and risk-management activities that Elliott believes are essential to its goal of generating a consistent return to its investors. These elements include an opportunistic trading approach, the creation – not just the identification – of value, effective liquidity management, and managing operational and counterparty risk. The firm employs a value-added global investment approach.

What does Elliot think about its investment in Barnes & Noble based upon that statement?

What about the employees?

The Passive Guy then moved on to what may be an even more important question – what’s happened to the Barnes & Noble employees that were staffing the stores prior to the shutdown?

And here is the final round. These crucial questions relate to Barnes & Noble customers:

Presumably, many regular purchasers of books who used to patronize Barnes & Noble and other physical book stores and who have not been subject to personal financial stress have continued to buy books.

Where have they purchased those books? Quite likely from Amazon.

Some percentage of those book buyers have likely become familiar with how to find books on Amazon and have enjoyed being able to order any book they like and having it delivered to them in one or two days. There may even be a small bit of satisfaction that arises from not having to pay the full retail price as they would if they had gone to a bookstore.

In its typical Amazonian fashion, the Big A has closely watched which books these new customers have purchased and started suggesting other books they might like. Perhaps the new Amazon customers have found some enjoyable new authors and their books via Amazon’s suggestions, including talented indie authors. Maybe Amazon’s suggestions have proven to be better than those they received when they asked a question of a clerk at Barnes & Noble.

One of Amazon’s largest competitive advantages over its online competitors is the extraordinary variety of ways that it helps its customers discover products they might like. There are lots of tools like Also Boughts and sub-sub-categories of books that let fans of Cowboy Science Fiction Romances find more of their favorite reads. Some book purchasers who have taken a deeper than normal dive into Amazon’s book section will become hooked. Amazon’s magic works for fishing lures, cooking utensils, and leaf blowers. It also works for books.

Jane’s post is titled, “Everyone wants Barnes & Noble to survive.” Based on what I read today, I’m worried.

41 thoughts on “The Future of Barnes and Nobles”