So, you have decided to go full-Tolkien and create your own language. But wait – how are languages formed, anyway? I mean, we know that languages die all the time. But are new languages ever born?

This is exactly what Simge Topaloğlu discusses on Quora. As he explains, yes, new languages are being born. But this only happens under very specific circumstances. For example, if you want a new language to be born from scratch, you would ideally need a community that does not have a language to begin with, so they have to invent one.
As you might imagine, such a situation does not come to pass that often.
Luckily for us, though, a very famous incident of language emergence occurred in Nicaragua: Nicaraguan Sign Language.

There had been no schools for the Deaf in Nicaragua before the 1970s. Most Deaf people lived in isolated communities and only communicated within their close social circles by using what is called home-sign systems (rudimentary “sign languages” that are not perceived as fully-fledged sign languages in their own right). However, they did not have a fully-developed sign language.

This all changed in 1977, when a special education school was opened for Deaf children.

Once a substantial group of Deaf children was brought together for the purpose of education, something miraculous happened.
As a community, they started to develop a sign language of their own, with all the visible markers of a regular sign language! 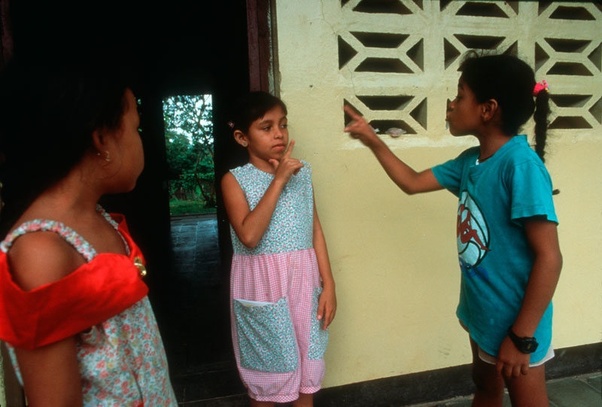 Since it is very rare to witness the “birth” of a language like that, and since the emergence of Nicaraguan Sign Language (NSL), many linguists have been studying it.

NSL is not the only sign language to develop in this fashion. There is also Al-Sayyid Bedouin Sign Language, which is used by the inhabitants – a mixed group of Deaf and hearing people – of a village in Southern Israel. It is thought that this language also emerged spontaneously within the local Deaf community about 70 years ago.

It is conceivable that Deaf people will continue to develop new sign languages as their countries develop an awareness of them, and strive to open schools for them where they can socialize with their Deaf peers. Therefore don’t be surprised if you hear about a new sign language one day.

The second way in which a new language may be born is via creolization.

When two cultures come into contact, their languages may be “concocted” in a peculiar mixture to give rise to what is called a pidgin, i.e., a hybrid language with an impoverished vocabulary and simple grammatical rules (if any).

Over time and after consistent use, a pidgin may develop into a creole language. This is still a mixture of multiple languages but is very different from pidgin in terms of having a well-developed vocabulary and grammar. The most notable example of a creole is probably Haitian Creole, which was based largely on 18th century French with influences from Portuguese, Spanish, English, Taíno, and West African languages.

In my next post, I discuss how Italian was born out of High Latin and Vulgar Latin as an exciting example of how a new language was born!

13 thoughts on “A New Language Born”