I apologize for disappearing this past week but I had a good reason: snow. 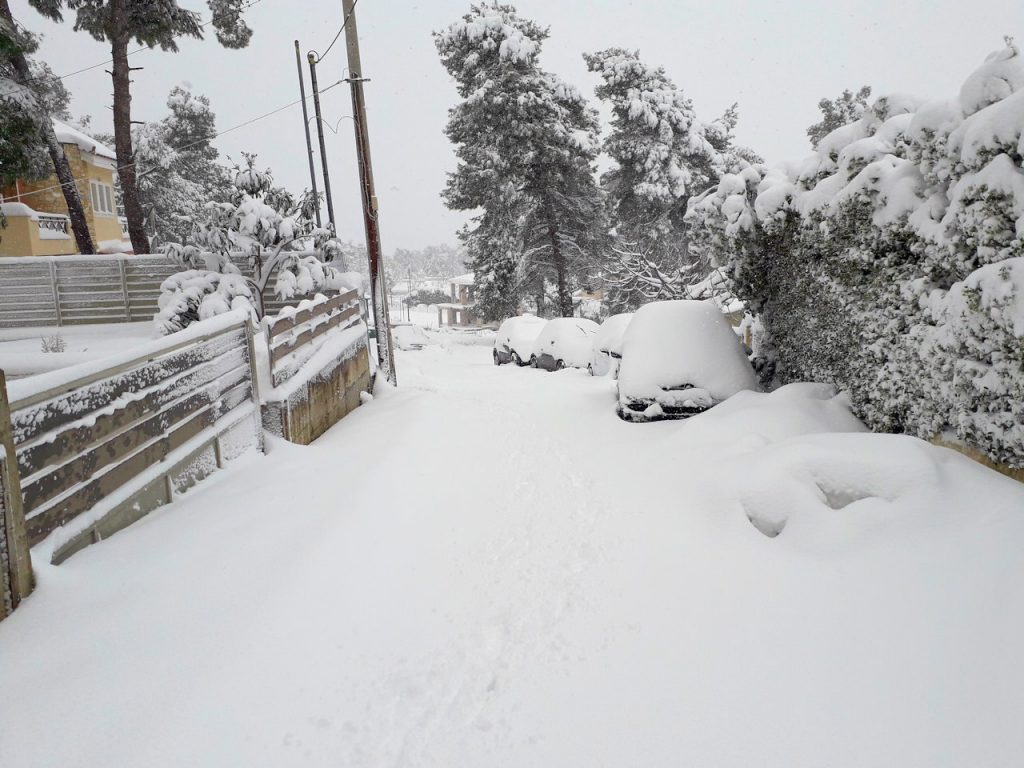 Yes, this is Athens; not Canada (or Texas). Specifically, it’s our street! And this is our garden: 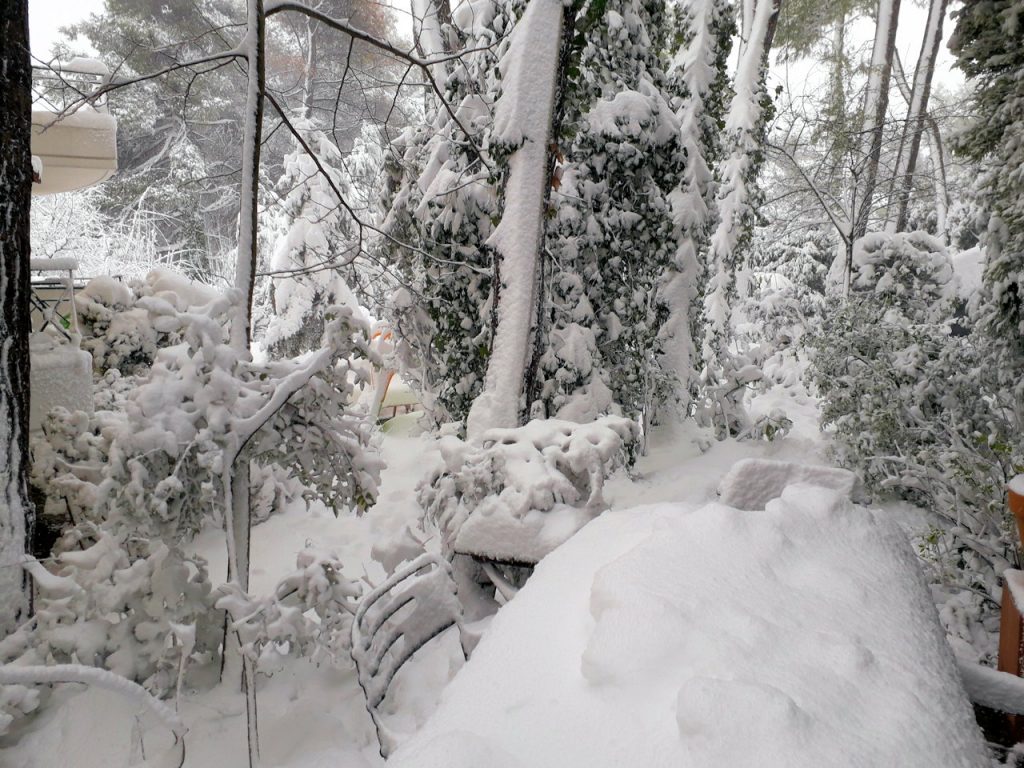 Not only did it snow over a meter, it also resulted in power cuts that lasted well over 5 days. We also had no water and, of course, no Internet (or phone, for that matter). Of all these, I confess it’s the water that bugged us the most, even though the lack of heat was also a problem. The temperature in the house was around 10 degrees Celcius (33 F) next to the fireplace. We considered leaving for warmer pastures but the snow was so heavy that the first night 4 trees fell on our street, cutting us off completely. Thankfully, we also have a wood stove in the office, so we spent most of our days (and all nights!) there.

I’m glad to report that we’ve finally returned to the 21st century and normal service can now resume!