The other day, I was writing an answer in Quora. “Vitamins are essential for our body,” I wanted to say. Then, I paused. Should it be, “…for our bodies”?

My previous post explored the difference between historic and historical. Today’s post continues on the same trend, dealing with another curveball grammar throws us: subject-verb agreement. We have Sumita Tah to thank for the detailed explanation and examples that clear away this confusing issue. 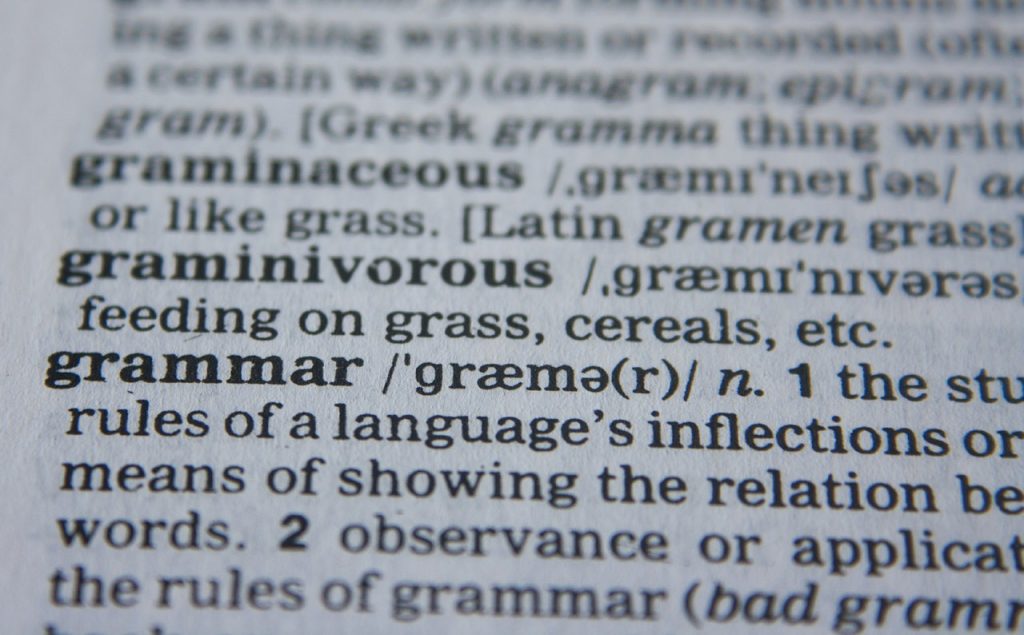 A Verb must agree with its Subject in Number and Person. A singular subject takes a singular verb. A plural subject takes a plural verb. So, how does this work in practice? Here are the rules.

1. Two or more singular subjects joined by ‘and’ usually take a plural verb

Air and water are necessary for survival.

Nancy and I were the hosts of the party.

The author and the publisher were in a meeting.

2. If two nouns suggest only one idea or refer to the same person or thing then it will take a singular verb

Beans and rice is her favourite dish.

The horse and carriage is at the door.

Comfort and luxury has made him lazy.

Bread and butter is a wholesome breakfast.

Her hard work and dedication has paid off.

The author and publisher, Mr Charles is here amongst us.

3. Words joined to a singular subject by ‘with’ or ‘ as well as’, ‘together with’, ‘along with’ take a singular verb

It may help if you put the “as well as” between commas, as this will make it clearer what subject the verb should agree with.

The house, with its furniture, was burnt.

Vinn, along with his friends, is punished.

I, as well as Shirley, am going to the park.

Bren, as well as his family, is shifting to Texas.

The Captain, with all his men, was drowned.

The doctor, with his interns, has reached the O.T.

The teacher, as well as her students, is in the class.

The boy, with his parents, is waiting for the teacher.

Verna, with her friends, wants to participate in the competition.

The officer, as well as his subordinates, was present at the meeting.

4. When two or more subjects in the singular are joined by ‘or’, ‘nor’, ‘either or’, ‘ neither nor’– the verb used is singular.

Either he or I am to blame.

Either Robert or Arnold was absent.

Neither Robert nor Arnold was present.

5. When two subjects of a sentence are joined by ‘not only’… ‘ but also…’, ‘ either or’, ‘neither nor’ the verb agrees with the latter subject.

E.g.- Neither Tom nor his friends have come.

Either my friend or I am going to buy this dress.

The farmer or his servants were responsible for the theft.

Not only your certificates but your marks also are important.

Neither Ritu nor her friends are willing to attend the function.

6. When a plural noun (in Prepositional Phrases) comes between a singular subject and its verb, the verb used is singular.

E.g. The quality of apples was not good.

A combination of colours charms the sky.

The bag of mangoes is too heavy for the child.

Much of the hard work of the farmers has been wasted due to drought.

E.g. Either of the boys has done this.

Each of these boys is intelligent.

Neither of them was found guilty.

Each one of her paintings is fantastic.

Much of the homework is already done.

Every man, woman and child was happy.

Everyone, whom we invited, has turned up.

Only one of the five contestants is going to win.

Thanks to metro rail, less of my time is spent on commuting.

8. Some words can refer to amount/quantity as well as number

None, a lot of, a great deal of, plenty of, most of, etc, are some such words.

I] None of the work (amount) was complete.

None of the strategies (number) have worked.

II] A lot of energy was (amount) wasted on finding the treasure.

A lot of books have (number)been written.

III] A variety of music is (amount) available here.

A variety of music albums are (number) available here.

IV] Plenty of help has (amount) been offered to the poor family.

Plenty of trees were (number) planted by students.

E.g. This pair of scissors is very sharp.

A bunch of keys is kept on the table.

A swarm of bees was buzzing around the tree.

E.g. The committee was united in their opinion

The  committee were divided in their opinion.

My new pair of socks is very tight.

My new socks are very tight.

The team were divided on following the strategy.

10. Some nouns, which are plural in form but singular in meaning, take singular verb

Measles is a contagious disease.

Mathematics is an interesting subject.

Physics is considered to be a difficult subject.

11. Some nouns are singular in form but plural in meaning.

We always use plural verbs with such nouns.

E.g. – The people are enjoying themselves.

The cattle were driven to the farm.

The children are playing in the park.

E.g.  The food here is quite good.

The cutlery was well arranged.

The new furniture is pretty expensive.

The stationary was available at a cheap price.

A hundred rupees is not a big amount for him.

Ten kilos of milk was consumed by the players.

Only one-fourth of the police force was deployed.

14. When a plural noun is the name of one thing it takes a singular verb

E.g. ‘ The Arabian Nights’ is a famous book.

‘The United States’ has a big army.

15. Indefinite pronouns like ‘everyone’, ‘ ‘someone’, ‘nobody’, ‘anyone’ always take a singular verb

E.g. Someone is at the door.

Has anyone seen my book?

Something is better than nothing.

Everybody was present at the meeting.

So, “Vitamins are essential to our bodies” is the correct form. Thank you, Sumita! You can check out her blog (and ask for her help with any more confusing grammar issues) here.