When I wrote in my last post about the Evolution of Blogging, I didn’t expect so many people to contact me asking how I managed to become a more-or-less full-time freelance writer.

A friend even said that she knows a lot of disabled writers who would be great at it but don’t know how to start. Even worse, most were not even looking because of a rumor that getting paid to write in such a way as freelance writing is by and large not possible and that most of the paid to write jobs are nothing more than scams.

So, here’s my story. 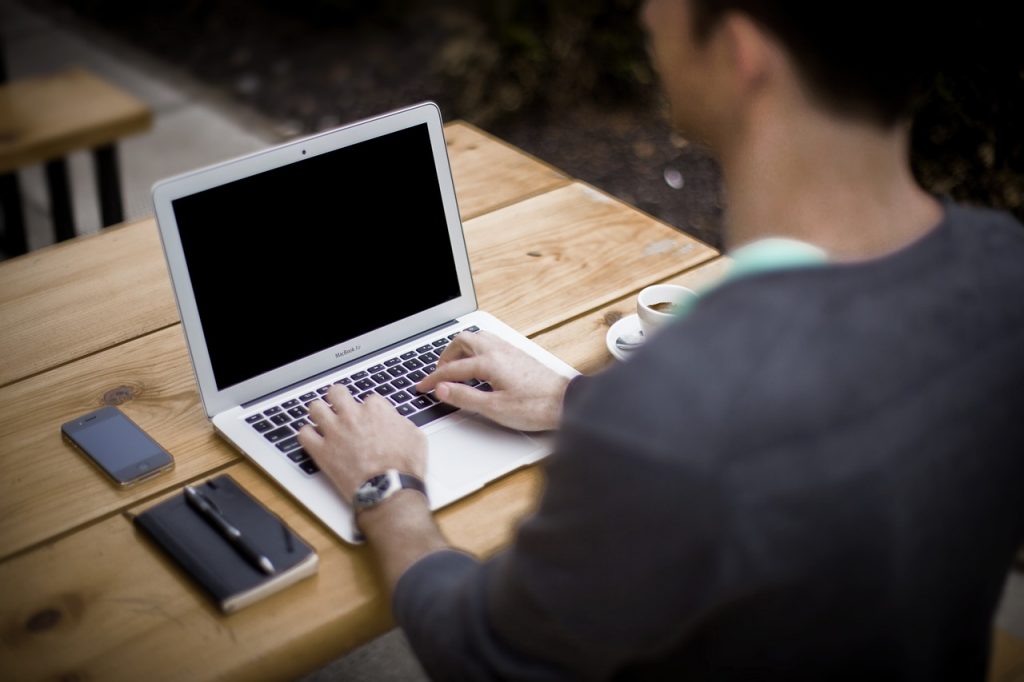 My blog has generated a number of leads from online friends. But my first attempt to start writing professionally came from Bark, a UK-based online company that specializes in matching UK-based freelancers with clients.

So, after spending hundreds of pounds (did I mention that Bark is ridiculously expensive?) and not landing a single client, I turned to Upwork.

Why Upwork, you may ask? Well, getting on Upwork was quite accidental. Being active in the Fantasy and Science Fiction Network for a while, its founder asked me to join them in an official capacity – that of editor in chief. My duties included writing up blog posts and making sure that all material released to the public is proofread and edited first.

Naturally, I accepted. However, he wanted to hire me through Upwork. So, I registered on Upwork as well. You will notice that my Upwork listing is much better targeted, with any mention of web development dropped. Instead, I focused on SEO copywriting – writing web copy and blog posts in a search-engine-friendly way. I set my price at a reasonable $25/hour, since that suited FSFNet.

This is where all that praying I’d been doing paid off: I was hired for a relatively small gig by InSync Media and made an impression. While they were asking for a simple enough task (“write us a couple of paragraphs about best SEO practices”), I realized there are several ways of doing that. You can write in a highly technical way or a very plain-English one, depending on your audience. You can write in a playful, friendly tone or an academic one. Which one was I to choose?

They liked that. So much so that when they needed someone to write up some content really fast a few months later, they asked me if I had the time to work on that. I pretty much dropped everything else and focused on that project. To everyone’s surprise, that assignment snowballed into a whale of a writing project. Within three months, I had written some 100,000 words on CBD – a subject that I knew nothing about at the time.

InSync was happy that I delivered quality material within the specified timeframe and at a reasonable budget. Importantly, their highly critical client was happy, too, and made very few changes. And crucially, I really enjoyed working with the InSync team.

So, when that project ended, they asked me to keep working on the rest of their client projects in the capacity of editor-in-chief.

In the meantime, I had used the expertise I had gained to work with several other clients – although, to be honest, I’m so busy right now with InSync that I’ve only kept a couple of them.

My way – your way

While that was my path into freelance writing in a professional capacity, yours will be different. But I’m here to tell you that it can happen. There is no secret to it. Indeed, if you check out this older post on online writing jobs and this one for some more online writing jobs for places that pay you to write, you will see there is a great need for quality writing.

However, you also need to:

On the subject of rates, I was reading something in Mridu Khullar Relph’s newsletter (which, by the way, is a great way of breaking into the market). Here’s what she has to say on the matter:

“Picture two freelancers, if you will.

One is making $20 an hour, barely able to pay bills, and has no free time at all. She fills up her hours with writing and whenever possible, marketing for new work. She’s got so much work piling up, she barely has enough time to stay on top of it, let alone search for new clients.

The other freelancer is making $50 an hour, takes on work that she likes, and is, in broad terms, happy with her career. She still wants to grow more, to a point where she can charge $100-200 an hour, and she makes sure to create time in her schedule to market to those clients and build towards that.

A client wants to hire a writer and comes across the websites of our two freelancers. The client sends an email to both writers and asks if they’re available for work at $10 an hour for five hours a week.

The first writer has no time at all, none whatsoever in her day, but she can’t afford to say no to easy money. So she says yes. She moves things around, goes to bed later, gets up earlier, and somehow manages to fit this assignment into her schedule.

The second writer passes. It’s below what she’s used to getting paid and even though she’s got a lot of free hours, she’s making enough per hour that she doesn’t need to decrease her rates so substantially.

The client hires our first writer.

Now a second client comes along and finds the same two writers. This client has a budget of $100 an hour and emails the two writers.

Here’s what I see happening all the time: Our first writer is now beyond overwhelmed. There’s a well-paying client that she wants but in order to fit this client in, she’s basically going to have to give up not only her free time but sleep, health, time with family, etc. She can’t afford to say no, so she says yes.

The second writer says yes, too. She’s been working towards getting a $100-an-hour client for a while and now has an opportunity to prove herself.

If we assume that both writers have the same skill-set, which writer do you think is more likely to perform better on the assignment? Which writer is less likely to burn out or make silly mistakes because she’s working on four hours of sleep a night?”

38 thoughts on “How I Became a Freelance Writer”